On September 5th and 6th, 2020, the opening NAPAC Fuji SUPER TEC 24 Hours Race of the Pirelli Super Taikyu Series 2020 was held at Fuji Speedway.
Ogura’s president, Mr. Ogura participated as a driver in the racing team ROOKIE Racing of the team of Toyota Motors Corporation’s president, Mr. Toyoda (driver name: Morizo). ROOKIE Racing participated in the race with two cars, GR Yaris and GR Supra, and Mr. Ogura held the steering wheel of GR Supra and performed a solid run for the team.
Two cars, GR Yaris and GR Supra, made their debut at the same time, but each won the first place in the class (pole position) in the qualifying, and won the championship in its class after hot 24 hours battle in the final.
It is a great honor to be involved as Ogura Clutch Co., Ltd. at the historic moment when the two cars won the double win in the debut race.
President Ogura and all the staff will do their best in the next round, the Sugo Round, which will be held on October 10th and 11th. 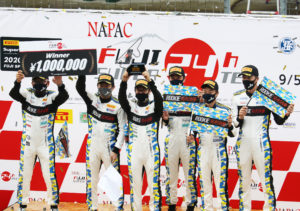 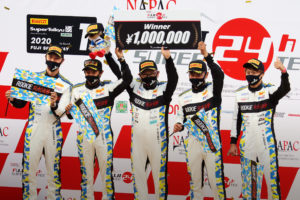 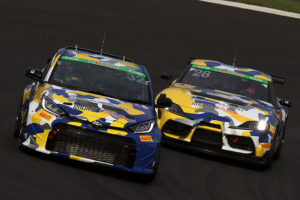