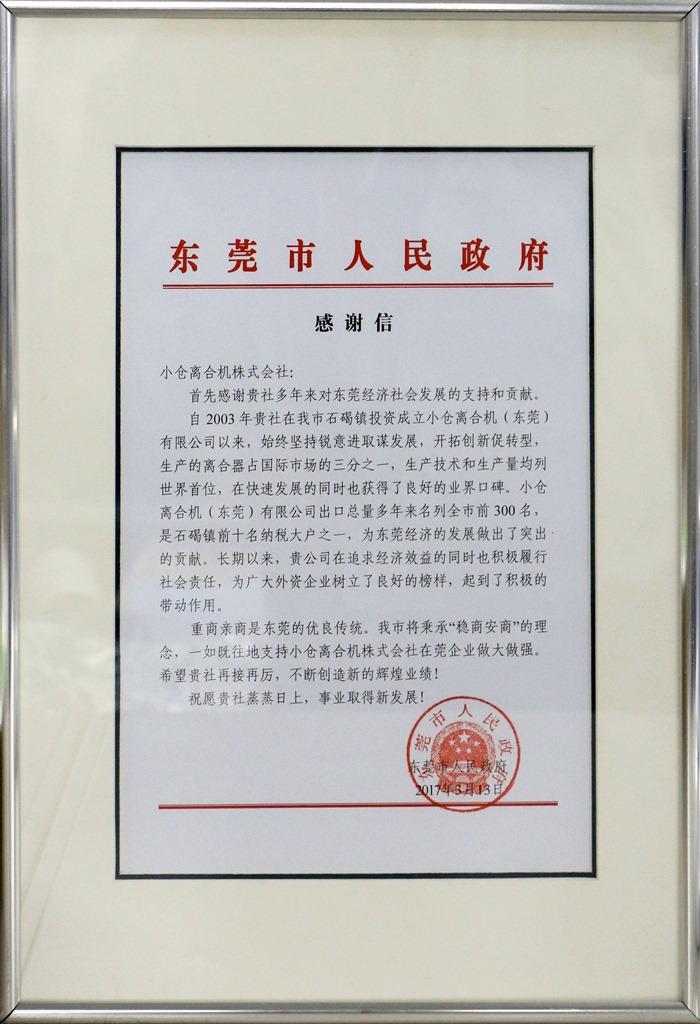 On April 7th, the government officials from Shijie administrative district of Dongguan city in Guangdong prefecture visited Ogura Clutch headquarters in Japan to award Ogura an official appreciation letter and commemorative item.
Ogura established Ogura Clutch Dongguan (OCD) in the district of Shijie, which is located in the north east of the city of Dongguan in May 2003. Starting from an automotive air conditioning clutch, OCD has been expanding its production line-up, such as riding lawn mower clutch, power train solenoid and office automation micro clutch.
As a result, OCD was among the top 10 tax payers in Shijie in 2016 and was awarded a commemorative plaque in January 2017. The appreciation letter is the result of recognition by the Dongguan government for Ogura’s sustained contribution to the Dongguan economy for many years.
The officials requested Ogura to continue its contribution to their economy. The economy in Shijie district of Dongguan has grown 8% consecutively for the last four years. OCD is Ogura’s first plant in China of the current three plants, which employs 650 people and is expected to grow further.