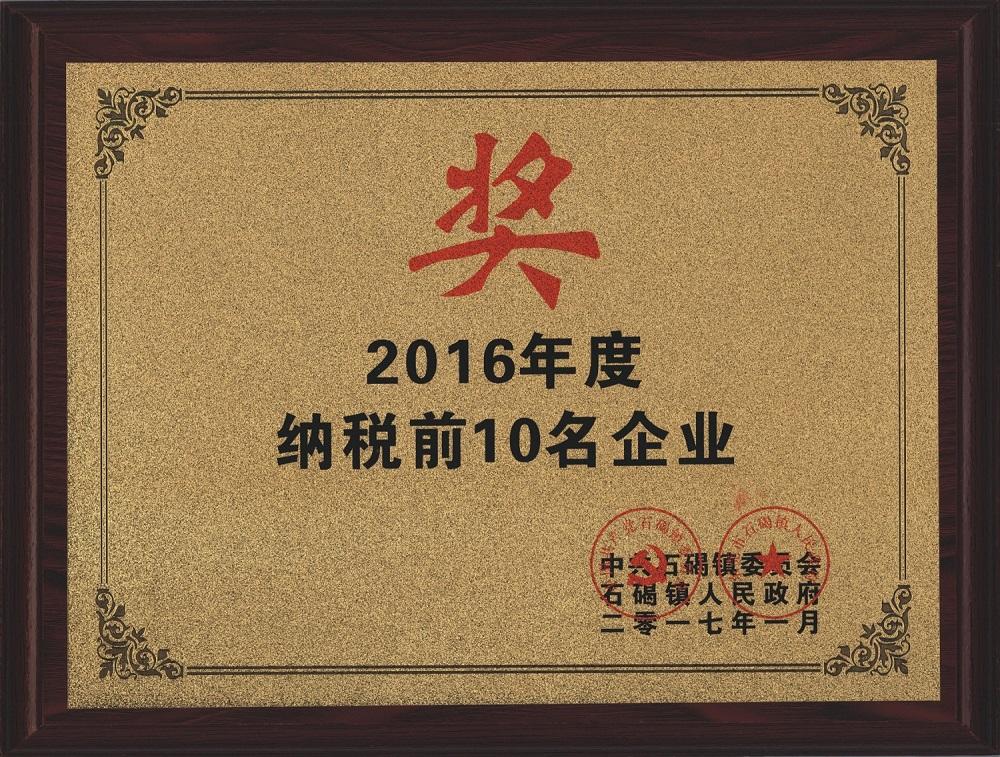 On January 23rd, Ogura Clutch Dongguan (OCD) was recognized as one of the top 10 tax payers in the district of Shijie for the year of 2016 and awarded a commemorative plaque by the local government. Shijie is an administrative district within the city of Dongguan in Guangdong prefecture with population of approximately 200 thousand. (Dongguan’s population is approximately 7.5 million.) There are about seven thousand registered companies in Shijie, but including unregistered businesses such as small sole-proprietorship businesses, the actual number may be twice as many.Tax in China is not a simple matter. Besides corporate tax, there are value added tax, sales tax, stamp duty, vehicle tax, city development tax, education tax, embankment tax, import tax and so on. The total amount of these taxes that OCD paid, ranked in the top 10 in Shijie.
OCD’s business went very well last year due in part to favorable exchange rate and lower material cost, which doubled the amount of tax it owed. OCD is going to explore more localization and efficiency improvements to continue this good trend.