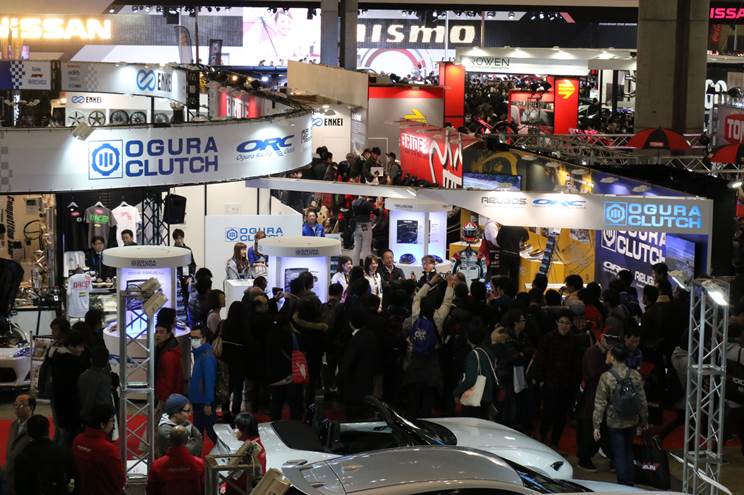 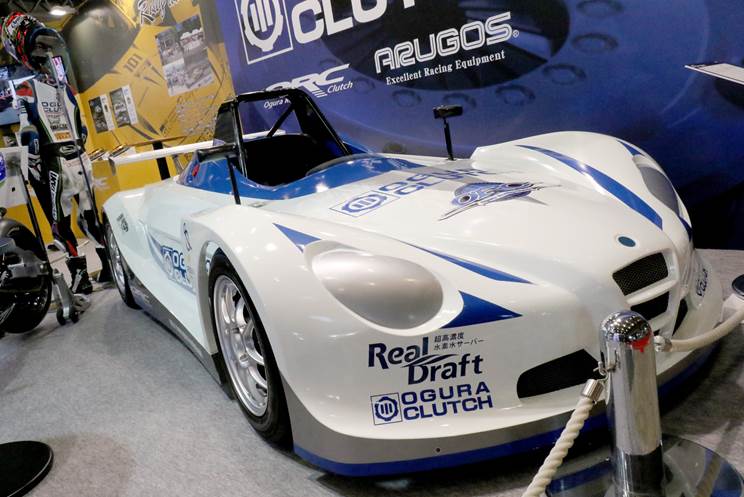 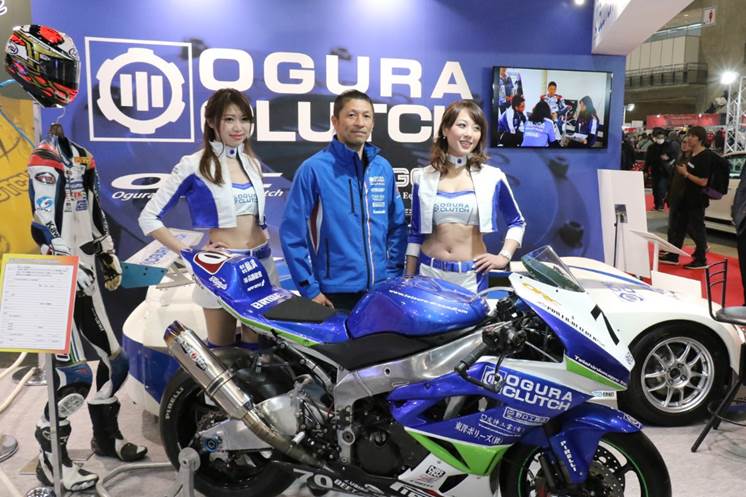 Ogura exhibited at Tokyo Auto Salon 2017 held from January 13th (Friday) to 15th (Sunday) at Makuhari Messe and showcased its new products: MAZDA new Road Star (ND5RC) clutch, TOYOTA Vitz (NCP13/CNP91/NCP131) metal clutch, BMW Mini (F56) light clutch, etc.
Since last year, Ogura has also exhibited a motorcycle clutch (slipper clutch) and a KAWASAKI ZX6R with this clutch equipped in front of its booth. Additionally, Ogura held a talk show featuring Mr. Tetsuro Iwasaki, who is competing in the All Japan Road Race.
Even though Auto Salon is an event for automobiles, many attendees stopped by at the talk show, indicating the popularity of motorcycle road races.
Furthermore, in order to promote a new professional racing series for women, a former racer, Mr. Masanori Sekiya, invited a female driver to the talk show during which he showcased one of the vehicles for these races, the VITA-01.
Other professional drivers who are competing in Inter Proto Series attended the talk show as guests, and the booth filled with fans, the most ever.
At a newly established rally section, the video footage of last year’s TOYOTA GAZOO Racing Rally Challenge was played. Next to it, was Ogura racing clutches that are being used in vehicles that are currently competing in rallies. Ogura promoted the fact that Ogura racing clutches are being used in various top class races such as SUPER GT, 86/BRZ One Make Race and All Japan Road Race Competition, etc.