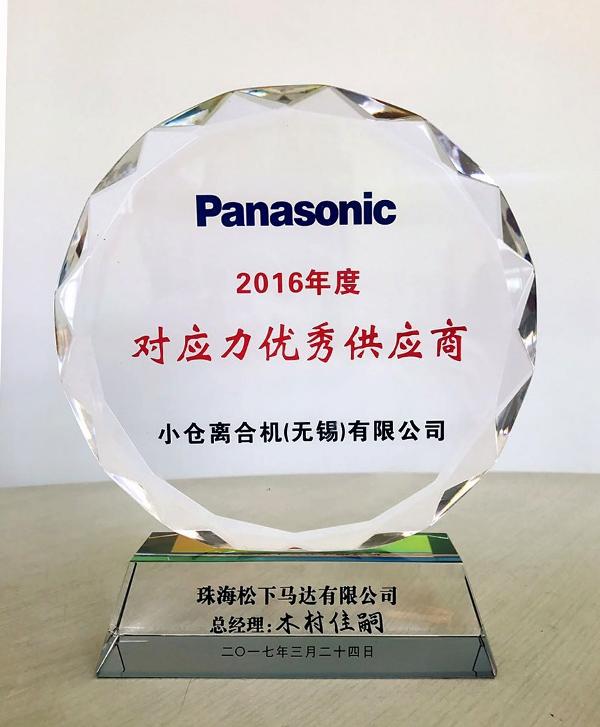 In March, at the Panasonic Supplier Seminar, the winners of four awards were announced. The awards given to suppliers were the Superior Quality Award, Superior Quality Improvement Award, Superior Streamlining Award and the Superior Response Award. This year, Ogura Clutch Wuxi (OCW) received the Superior Response Award. (Last year, OCW received the Superior Quality Award.) This award is Panasonic’s recognition of Ogura’s prompt response for delivery, cost reduction by localization and prompt and effective communication. The communication skills of OCW were highly praised by Panasonic personnel.
After the award ceremony, the award was brought back to the plant and given to the employees confirming that it is their hard work and commitment to quality that allows Ogura to be successful.