President of Ogura Clutch accepted an official letter of appreciation from JMAA.

President of Ogura Clutch accepted an official letter of appreciation from JMAA. 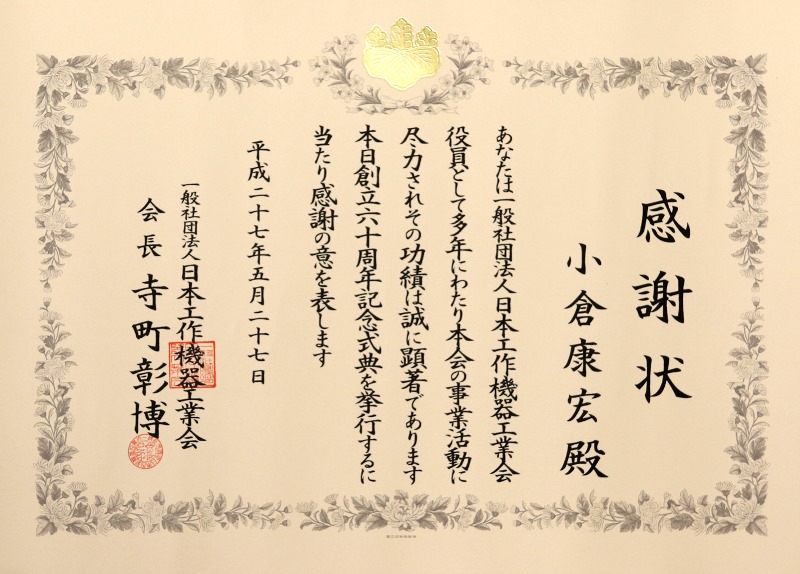 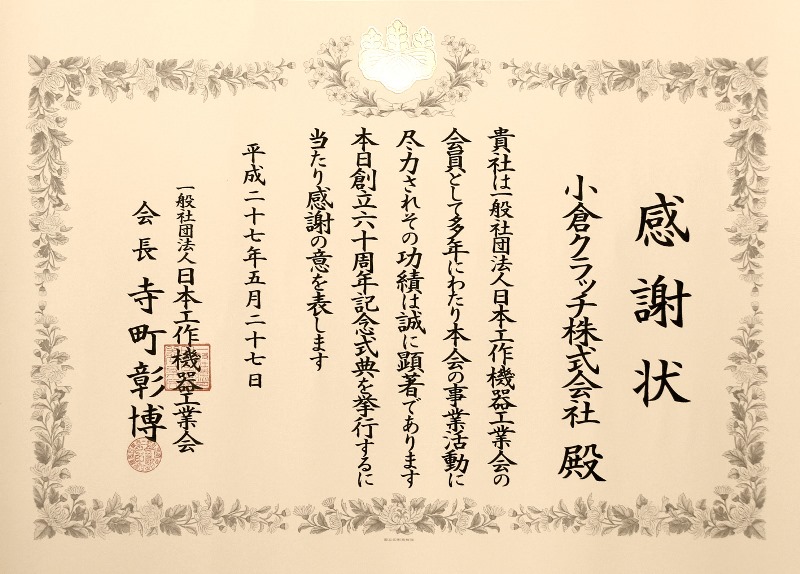 The Japan Machine Accessory Association (JMAA) held the 60th anniversary ceremony at Hotel New Otani on May 27th. President of Ogura Clutch, Mr. Ogura who is its longtime board member accepted an official letter of appreciation from the director for Ogura’s contributions to the development of association for over 50 years.
JMAA conducts surveys on production and distribution, conducts research on technologies and safety issues, and facilitates standardization of equipment used in industrial machinery such as metalworking machines, non-metalworking machines, and so on, so that the machine tool industry in Japan may be further developed, while contributing to the growth of the economy and the national standard of living.